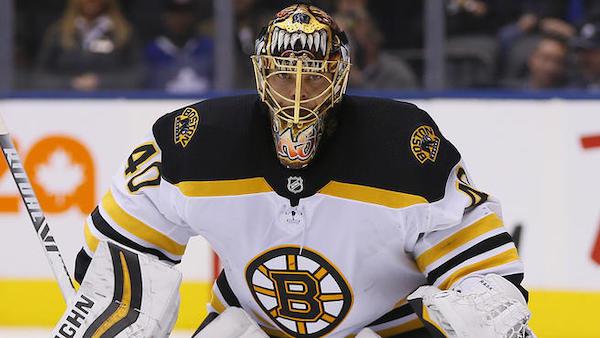 The 2019 Stanley Cup Playoffs have, to this point, belonged to Bruins goaltender Tuukka Rask. With three of four series under his belt, Rask has firmly positioned himself as the Conn Smythe favorite, with a .942 save percentage and a goals against just over 2. Rask's tear has been the primary reason the Bruins find themselves four wins away from their seventh Stanley Cup championship in franchise history. If they finish the job by vanquishing the St. Louis Blues, Rask's run will go down as one o 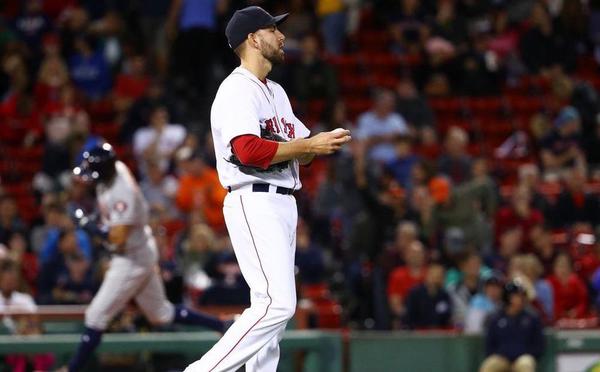 The 2018 Boston Red Sox are having a year for the record books.  After a two game sweep of the lowly Miami Marlins capped by an 11-run seventh inning nearly a week ago, Boston sat 50 games over .500, and has the luxury of a 7.5 game lead over the injured Yankees with only 28 games to go.  That lead had expanded to 8.5 games as of Tuesday afternoon. After highly successful regular season campaigns followed by dismal playoff performances in each of the last two seasons, the Sox have fixed a great 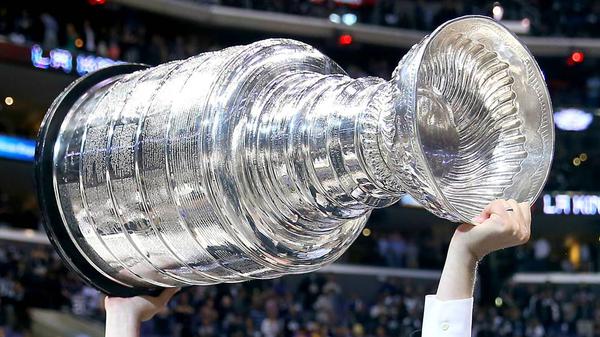 After a two year run of supremacy by the Pittsburgh Penguins, the Stanley Cup will find a new home in the coming weeks.  In fact, it will go to a team and a city which are guaranteed to have never reached the NHL's mountaintop.  On one side is the first year Vegas Golden Knights, a ragtag group that was the longest of long shots entering the year.  In any normal finals match up, this would obviously be by far the more compelling story, and it still probably is.  But the team waiting for them out 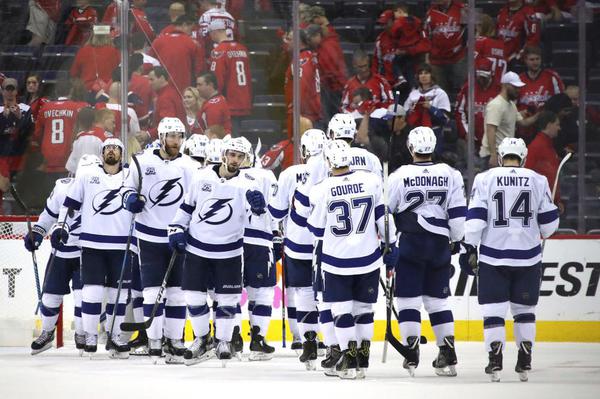 The curse of home ice in the Stanley Cup playoffs

NHL teams, and all professional sports teams in general, play all season to earn the privilege of playing at home in the biggest games of the playoffs.  Players will venerate the comforts of home, most importantly the roar of friendly fans.  In hockey, the home team even has the tactical advantage of last change, ensuring the coach has his preferred match up at all times.  In theory, home ice should prove the determining factor in separating two equally matched teams. In the NBA, homecourt play 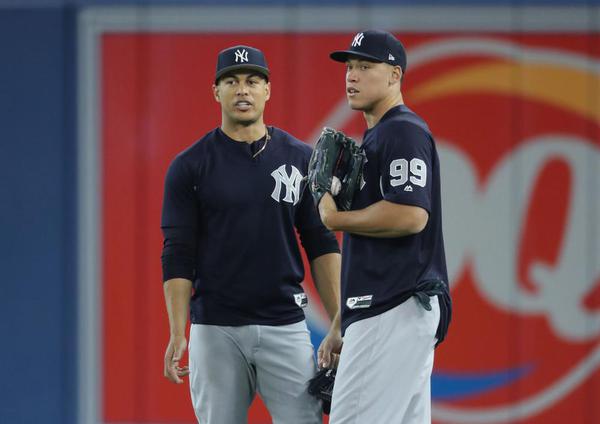 One month in, the AL East race has solidified

The 2017 offseason has given the American League East baseball's a few of baseball's most gripping story lines in 2018.  Most prominently, the Red Sox and Yankees have positioned themselves with stacked rosters, leading to the tantalizing possibility of the greatest rivalry in sports reaching a level close to the zenith of the early 2000s.  Acquisitions JD Martinez and Giancarlo Stanton have, in the eyes of many, made Boston and New York the prohibitive favorites not only in the division, but th 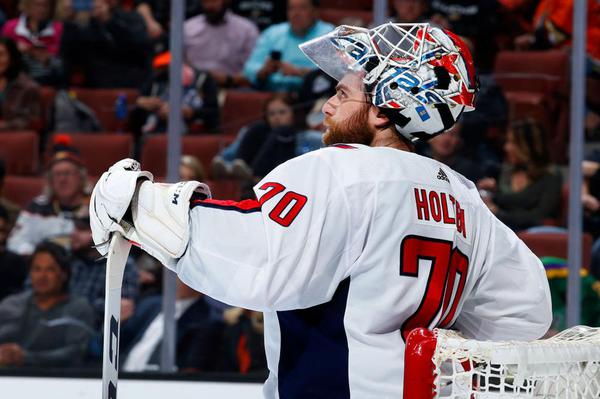 For the Capitals, a final stand, and maybe their best

Over the last decade, no team has enjoyed more regular season success than the Washington Capitals.  This decade has already seen the Caps earn three Presidents' Trophies, and playoff appearances in all years but one.  The 2017-18 edition captured the Metropolitan division for the third year in a row, and they still have one of the most dominant goal scorers in the history of the league in Alex Ovechkin. The playoffs, however, have been a completely different story.  Despite their incredible re 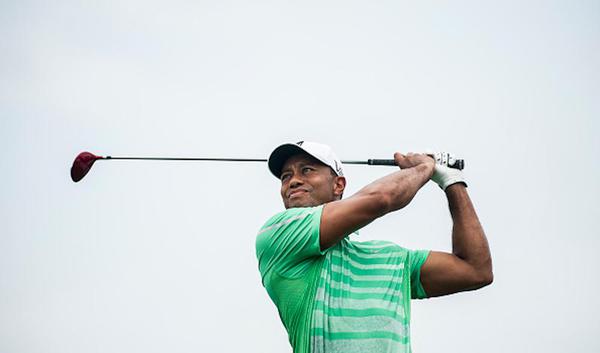 2018 Masters: Rory, Tiger and the field, with all eyes on one man

There's just something about the Masters that is unique in golf, as well as all of sports.  The pomp and circumstance is unmatched as Spring, and another major season is ushered in.  This year's tournament, the 82nd edition, promises to be even more special than usual.  The buzz around this year's Masters is as high as it has been in recent memory, largely due to the return of a certain past champion.  Let's take a look at the golfers to keep an eye out for as the world's best compete for the co 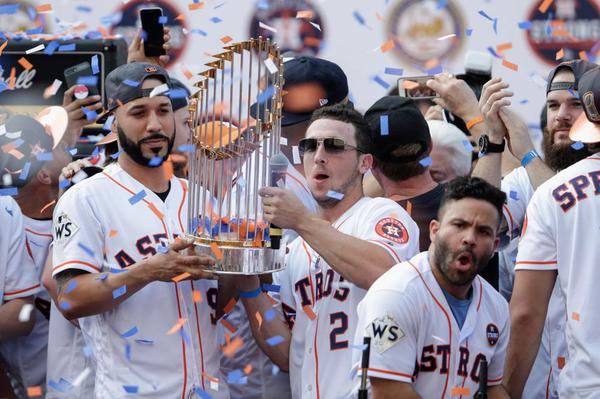 Breaking down the odds: Which MLB teams are poised for postseason runs on Opening Day?

After a long, long winter, the best time of the year is once again upon us.  Major League Baseball is stacked with good, exciting teams that are sure to make this a year to remember.  Here is how the teams stack up to start the season. After an eventful offseason that saw Giancarlo Stanton and other faces of the franchise shipped away for pennies on the dollar, Derek Jeter is public enemy #1 in Miami.  The Marlins are an MLB team in name only this season.  It's become so bad that Marlins Man 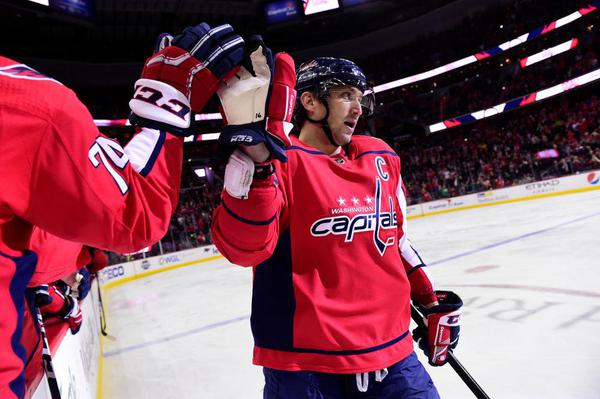 Is Alex Ovechkin the greatest goal scorer in NHL history?

Alexander Ovechkin is one of the more polarizing players in hockey, if not all of sports.  The criticisms will always be there, and many of them are valid.  Detractors will say he's not a winner, and it's hard to disagree, as Ovechkin has yet to reach the Conference Finals in his twelve year career.  Ovechkin's play in many of these postseasons has been lackluster, only giving these arguments more ammo.  He also has the reputation of being a poor captain and leader, evidenced by these continual 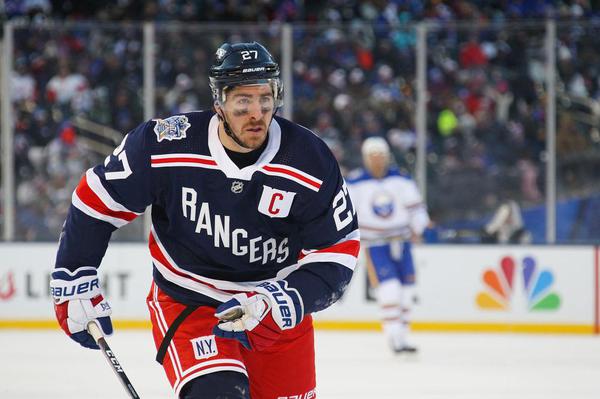 2018 NHL Trade Deadline: Lightning and Rangers end up on top in deal with each other

Another trade season has come and passed, and while it wasn't the most exciting deadline ever, it undoubtedly shifted the NHL landscape.  Monday alone saw 16 trades featuring 31 players and 18 draft picks moved, with a late flurry around the 3 p.m. EST deadline.  Monday was not the only day featuring blockbusters, as Rick Nash moved from the Rangers to the Bruins the day before.  Perhaps as intriguing as the deals that did happen are the ones that did not.  Max Pacioretty remains the captain in 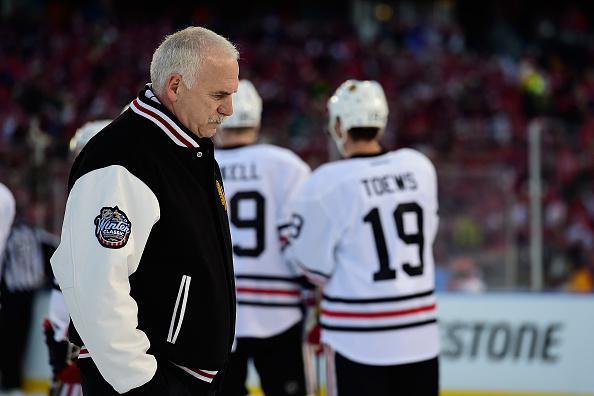 Is this the end of the Chicago Blackhawks as we know them?

The prior decade in the NHL has belonged to two teams: the Pittsburgh Penguins and Chicago Blackhawks.  After nearly a half century of futility, the Blackhawks returned to the hockey mountaintop, capturing Lord Stanley's Cup in 2010, their first since 1961.  The Hawks also won championships in 2013 and 2015, and challenged for a few more.  Led by three future Hall of Famers in Jonathan Toews, Patrick Kane and Duncan Keith, and an impressive surrounding cast, Chicago dominated the Western Confere 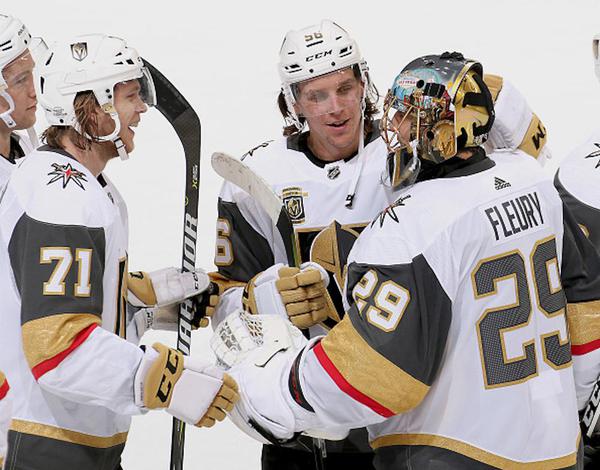 The Vegas Golden Knights are the best story in sports

Very little is expected out of a professional expansion team in its inaugural season.  The first incarnation of an expansion franchise is inevitably filled with an unhealthy mix of young, untested players and veteran castoffs nobody else wanted.  It is the sports equivalent of the island of misfit toys.  For this reason, nearly every expansion team in modern sports history has wallowed in the depths of the standings, often for more than one season.  The 1974-75 Washington Capitals remain the pos 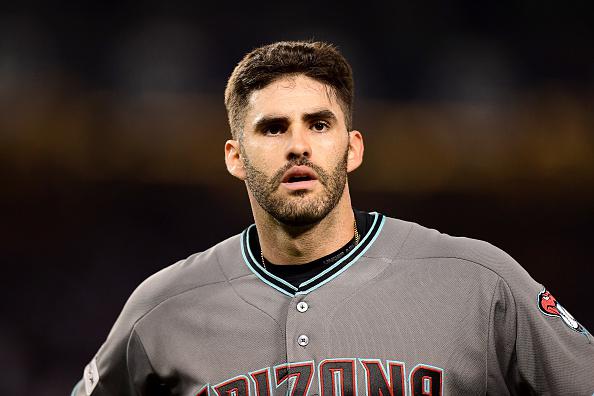 Unlike the NBA and NHL, and to a lesser extent the NFL, MLB free agency doesn't occur in one fell swoop.  Baseball fans are accustomed to the hot stove being a gradual process throughout November, December, and January.  However, nothing in recent memory compares to the current free agency freeze gripping the baseball world.  The first pitchers and catchers report to Spring Training February 12th (Pirates, Mets), with the rest of the league following suit shortly after.  With the season just aro 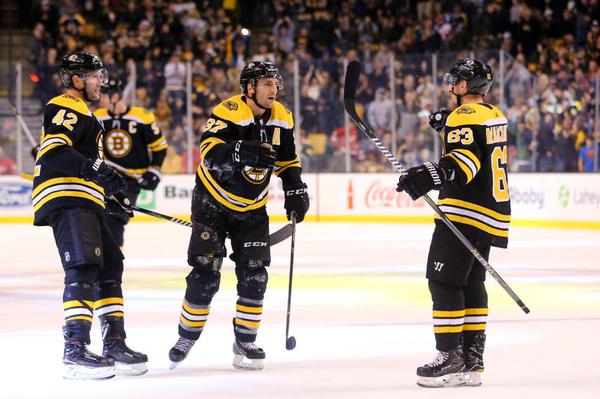 Four questions facing the Bruins as they start the second half

The past three years have been dark times for the Boston Bruins franchise.  After a renaissance era which saw the club reach the Stanley Cup twice, win one, and capture a Presidents' Trophy for the league's best record, the franchise slipped into mediocrity.   The team missed the playoffs in consecutive years, followed by a one-and-done at the hands of the Ottawa Senators last season.    More than anything, this era of Bruins hockey was just...uninspired.  They never fell to the depths of franch
The Beantown Buzz • 24th June 2015

Finally. No longer must we suffer watching the Bruins routinely go 0-3 (or worse) in every shootout situation. Having done no research whatsoever, I feel confident saying the black and gold were the worst shootout team I had ever seen. Now, that’s less of a liability. In a change that was a long time coming, assuming a passing vote from the board of governors, the NHL will move from a 4 on 4 overtime period to a 3 on 3, with the goal of cutting down on the number of shootouts. A hot topic 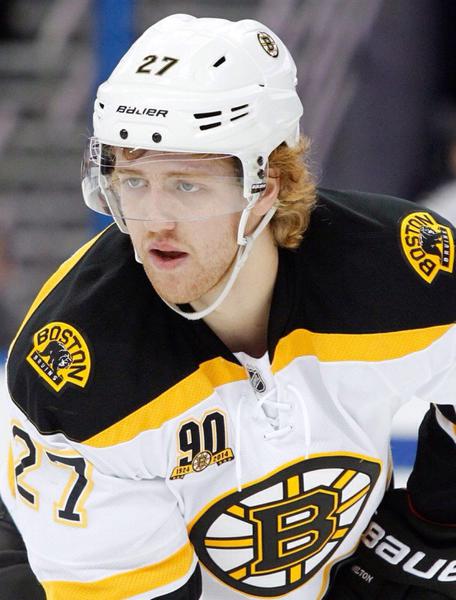 Trader Donnie is not messing around

One of the main critiques of Peter Chiarelli while in office as Bruins GM was his lack of agressiveness to try to better the roster. He would be attached to his own guys, and usually play free agency and the trade deadline close to the vest. In his first offseason on the job, new GM Don Sweeney has proven to be anything but conservative. On Friday, draft day, the bombshell dropped that Dougie Hamilton had been dealt to Calgary, and only hours later, fan favorite Milan Lucic was sent to LA. The 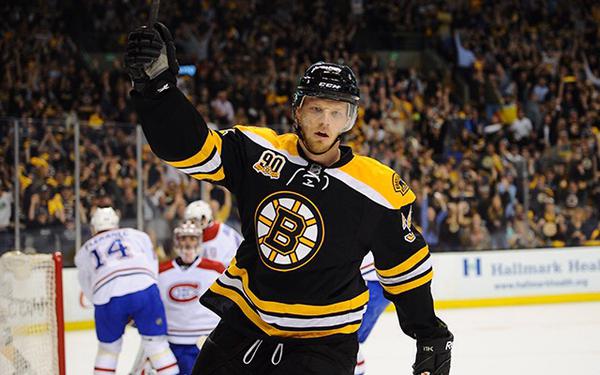 Rookie GM Don Sweeney knew that he had his work cut out for him, with five players set to be unrestricted free agents come July 1st. It looks like Sweeney has already made a decision on one of these players, the one eyed Swede himself, Carl Soderberg. According to Elliotte Friedman of Sportsnet, the Bruins have let Soderberg know that it is “highly unlikely” he’ll be back in Boston in the fall. This decision stems from the status of defenseman Dougie Hamilton, a restricted free agent who will be 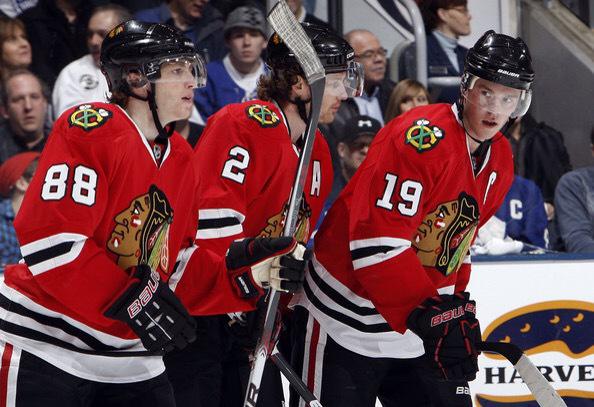 Like it or not, the Blackhawks are in the midst of one of the greatest runs we’ve ever seen

Yes, like Bruins fans everywhere, I still have nightmares about the 2013 Stanley Cup Final. (Anyone know if Kaspars Daugavins learned how to score on an almost entirely open net yet?) But even I can admit when we’re witnessing greatness, and that is exactly what the Chicago Blackhawks of the last seven years have been. In that stretch of time, they have been to five Western Conference Finals and three Stanley Cup Finals, three wins away from their third championship in six years. They were o 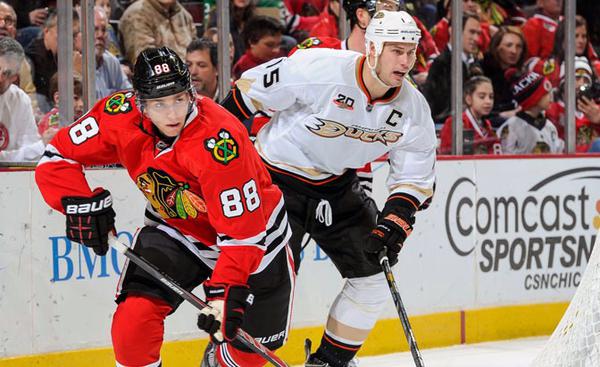 The Stanley Cup Playoffs are destroying the NBA playoffs once again, and it’s not even close

Basketball and Hockey will forever be linked by the many similarities they share. They both play 82 games a season, at the same time of year, and often in the same building. Both have a playoff system of 16 teams competing in best of seven formats from April to June. So it is impossible to not compare how the two playoffs stack up to each other, and this year, the difference is once again staggering. To be fair, the Stanley Cup Playoffs are the best tournament in all of sports in terms of excite 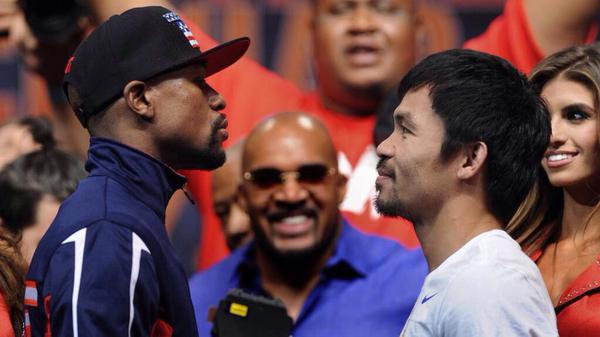 Mayweather vs Pacquiao is upon us (THIS IS NOT A DRILL)

A fight six years in the making, boxing fans around the world FINALLY get their wish tonight (if they’re willing to pay up.)  Floyd finally has to face his biggest fear in life, the man he has been ducking for a half-decade now.  This fight is the closest the sports world can come to good vs evil. Mayweather might be the worst person in all of sports, maybe the world in general. Everyone seems to forget he is a serial convicted assaulted of women, and on top of that acts like everything in the w
Load More Articles
Close ✕